“See you next year, Fourth of July!” says Angelic Daughter, as she removes the special magnet denoting the day from her perpetual calendar.

For the second year in a row, we didn’t attend The Parade (our little town’s annual event that in years past has quintupled the population for a day). It just didn’t seem like fun to watch a vehicles-only, socially distanced, spread-out “parade” with no decorated bikes, no sometimes-funny-but-always-offensive lawn mower drill team, and no marching bands. I suppose the inevitable high school garage band appeared on a truck this year as always, playing “Louie Louie” just like my brother’s band did fifty years ago, but this year I would have had trouble seeing the charm.

We’ve always called the holiday just “the 4th” or “the 4th of July,” but Angelic Daughter also knows the day as Independence Day (though I’m not sure she understands that beyond “America’s birthday” – birthdays are one of her “things,” and if you tell her yours, she’ll never forget it).

I think about independence a lot, in the context of trying to prepare Angelic Daughter for it. A parent’s only real job is to enable their children eventually to live without them.

For those who are not the parent of an autistic person, or other person with different needs, “independence” means something else. Unfortunately, it seems the idea of “independence” has gotten warped in some sectors of America into a notion of freedom defined as “every person for themselves.” Anti-maskers and anti-vaxxers who refuse to accept their responsibility as members of a community larger than themselves, and don’t seem to care about the impact their decisions have on others, invoke “freedom” as their rationale.

We used to care about each other more. That intensifies my worry about the inevitable, and preparing Angelic Daughter for it, and finding caring, loving people who will stand up for and with her, to keep her safe and help her have a full and happy life.

Among Angelic Daughter’s many beautiful qualities is that she is innately incapable of holding a grudge. Her first response to a slight or a disappointment inflicted thoughtlessly by a friend or family member is to forgive, and to send wishes that everyone get over their “upsetnesses,” anger, and frustration, and feel better soon. She wants everyone to get along, and be happy.

Of the many lessons learned from losing Mike, letting go of resentment, anger, and feeling wronged was probably the most important. A few years ago, I had lunch with two high school classmates I hadn’t seen in decades – and came away burdened with stories of harm inflicted and pain suffered that persisted long after both these friends had been divorced. One offered to stay with Angelic Daughter occasionally, but I don’t want grudgey, put-upon, unforgiving, angry, vindictive people around my daughter.

Which is why the available pool of family members who might participate in future care for Angelic Daughter got reduced by one this weekend. Out of the blue, this person spewed personal invective into a family chat used for upbeat updates about what everyone’s up to.

And persisted in it even after a reminder that Angelic Daughter was a part of the chat.

This person is older than I am, so it’s not very realistic to think they would have been involved in Angelic Daughter’s life for very long in the future. Nevertheless, the willingness to disregard the effect on innocent bystanders of insults directed at another family member in a family chat is an instant disqualification.

It makes me sad when anyone allows themselves to be controlled by, motivated by, or mired in past wrongs, real or perceived. Letting go is one of the best ways to gain independence I know. Learning how to let go before letting go is forced upon you by loss is an opportunity not to be squandered. Wallowing warps what you have left of life; why would you want to do that? What’s the point of hanging onto hurt and making it the center of your existence? That’s not independence, that’s a trap.

I wish you independence, even if it means completely reinventing your life. It’s the one life you have, so wasting it fixated on resentment and settling scores will fill you with regret when you suddenly realize you’re out of time. Do you really know life at all? (an amazing version of Both Sides Now sung by Seal, who takes that song way, way down deep, making you respect Joni’s genius and the song’s lasting profundity. If you don’t think of it as profound, his version will change your mind).

Striving (often failing, but trying) to live and speak each day as if any moment could be my last, I remain,

Image by John Hain from Pixabay 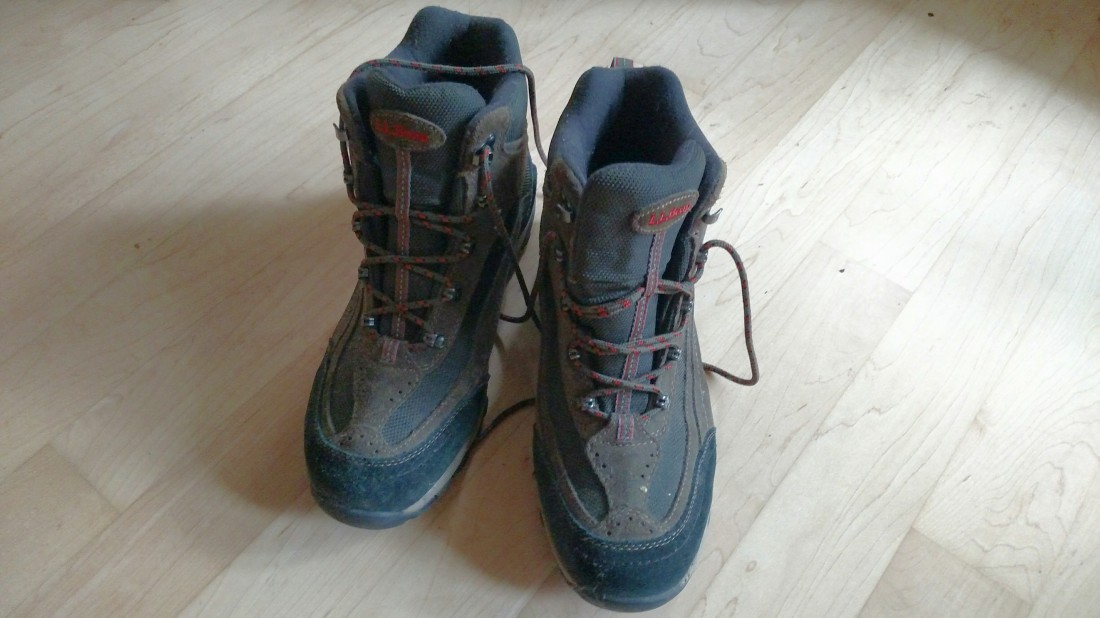 These three have been the hardest.

The coat is just called a barn coat. We don’t have a barn, and even if you could have called the big red shed a barn, that’s gone now, accused of harboring racoons. But he liked the coat – great for fall yard work, lined with wool and warm.

It stood up to buckthorn and other hazardous greenery. He’d trim the bushes in the in the summer, and wear that coat to trim them in the fall. I don’t have the gift, or the height, to trim them as well as he did, but now I have to try.

Doesn’t matter that I can’t use it. I love that coat and have held on to it for two years because, along with the boots up there, it forms an image of him in my mind that I don’t want to forget: bundled up, heading out to Home Depot to get something or other, weakened from the illness but determined to show me that he could participate in the manly art of bashing and rebuilding things going on all around him during the lunacy of kitchen- remodeling-while-husband-dying-of-cancer.

I bought him the boots the first winter of his diagnosis, when the infusion made him exceptionally sensitive to cold. At the time, his feet and ankles were so swollen with edema that I was afraid he was already actively dying, when the doc said he should have another 18 months. He hadn’t had the experience with dying people that I had, helping with Dad, then Mom, so he wasn’t afraid of the edema, just inconvenienced and perplexed by it. He couldn’t, or didn’t want to, try the boots on and asked that I take them back. He wore the size-too-big slippers I got him instead, that winter.

But by the next fall the edema was under control. He wanted to go outside, but he only had a shredded pair of walking shoes he refused to let me replace.

Which is when I told him that I had lied to him, I didn’t take the boots back. I hid them in the front hall closet.

I fetched them, and they fit. He wore them occasionally that last winter, when he had just enough strength to drive himself to his infusions. He wore them the day of the trip to Home Depot, along with a sad, resigned, slightly apprehensive expression that is burned in my memory forever.

The tandem is is the hardest. Mike and our daughter became local celebrities on that bike, riding three miles to and from school every sunny day. He loved that bike.

It’s huge. When he found it at a bike shop 15 miles from home, it wouldn’t fit in the car, but he was so taken with it that he rode it home, solo. We went back to get the car the next day.

From then on, the two of them rode the tandem everywhere, befriending crossing guards, and charming other parents who were picking up and dropping off in cars.

It’s too big for me. I can’t sling my leg over it, and even if I could, I wouldn’t trust my strength or balance to ride her on it, now that she’s fully an adult woman.

Fall is a great season for biking, and as we all know, “winter is coming.” I’ll try to find a church or shelter that will give the coat and boots directly to a person in need. Or I’ll drive around with them in the car as I did last year, trying to spot someone of the right size on the street, who looks like they need them.

A local charity specializes in fixing up bikes and giving them away to people who need them or want them but can’t afford them. People bike a lot around here, some of necessity to and from work, even in the winter. That bike could be a sort of “bike pool” for two people who work at the same place.

Or maybe provide another special activity for another father and child.

I think I’m ready. I’ll always have the pictures – the physical photograph of the tandem, now in the one of our daughter’s “memories of Dad” photo albums, and the other, a memory only, but etched always in my mind, of Mike setting bravely off to the big box hardware store, wincing a little, just to show me he could, wearing that coat.

May they clothe the person who receives them with the love that infuses them. Amen.