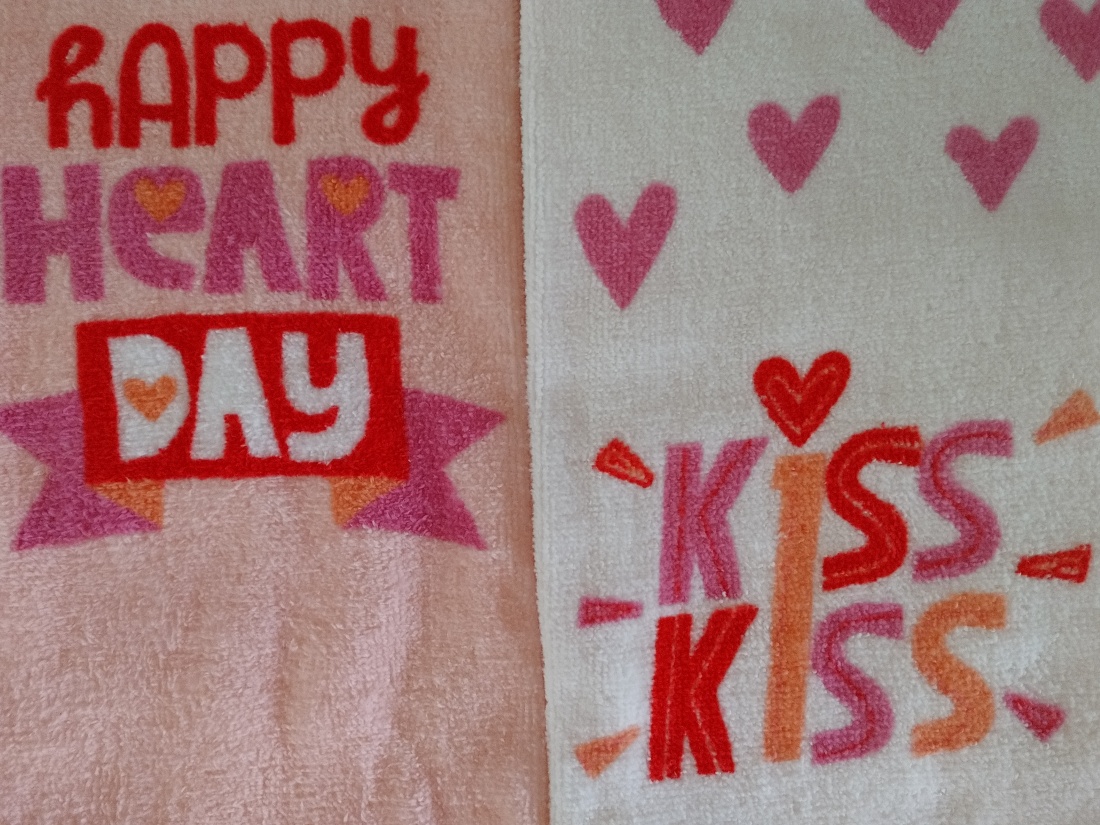 Yeah, I’m one of those “holiday themed guest towels” ladies.

Picked up the habit from Mom, who fretted excessively about the state of the hallway bathroom whenever guests were coming over. She had quite a collection of “guest towels,” most hand-embroidered, by her mother or grandmother. I have some of those now. Or, she would buy packets of paper “guest towels” and it would be my job to arrange them precisely on the rack before any guests arrived.

They had guests over a lot, almost every weekend, for cocktails.

After the first two years in this house, we never had guests.

Mike didn’t like to socialize, fell out with his family and mine, and wouldn’t have them or anyone else over here. So it was just the three of us, for fifteen years.

Now its just the two of us. I’m still working on the house to make it fit to have anyone over. Not sure I’ll ever get there.

But I put the towels up anyway, to brighten the place, because my daughter does love holidays. Sets her calendar by them.

She calls today Valentine’s Day, but more often, she calls it “Love Day.”

Today I’m thinking about bloggers I’ve “met,” by reading their blogs, where I found some shared experience.

And because of that, I know there’s a good chance some of them will be hurting somehow, today, on “Love Day.”

Missing a loved one. Feeling lonely.

If that’s you, I hope today you can remember love, and try to remember it with joy.

Easier said than done, I know. I’ve already had one quick round of weeping today, when my daughter repeated, “it’s hard to live without a husband,” echoing me, because I had  said that to her after we talked about how it is hard for a young woman to live without her Dad. Trying to show her I share her grief, in my way.

“It’s hard to live without a husband, too. I miss him too.”

Yes, sweetie, you sure are.

Today I’m thinking of those who grieve. Those who feel their life has been diminished, and can never be whole or full again. Those for whom today is a day where each breath threatens to become ragged, and each exhalation risks an accompaniment of tears.

I hope today on Love Day you can remember that you are loved, and that, as Mike said to our daughter from his deathbed, “love never ends.”

I am also thinking of those who have suffered loss not through death, but through betrayal. I have read how they have endured infidelity and lies, that, when discovered, left them feeling that everything they thought they knew was wrong, that the love they thought was theirs isn’t, and may never have been, and their life as they knew it has dissolved, leaving them feeling cold and hollow.

And then feeling really, really pissed off.

I’m hoping, if you are one of the betrayed, that today, you can decide not to dwell in anger.

I hope that you can decide not to let bitterness consume you.

By losing Mike I learned that despite whatever pain it has inflicted, life is precious and time is limited.

It makes me sad to think that someone’s ill treatment of you has caused your life to stall and sink and left you mired in fury and pain.

Mike and I went through it. We stayed together.  We made it back to each other, after years and years, back to the love that was there underneath it, all along.

I know it’s a struggle. I’ve been through the un- and underemployment, the caregiving and the financial worries. I’m hoping today in spite of it all you’ll find a hand, or the strength, to pull yourself out of the mire into the light that can be the rest of your life.

I have found solace by finding gratitude. For every breath that may get raggedy, for every tear that may fall and for every time my resident angel, my amazing daughter, beams her beautiful, unconditional love my way and out into the world.

Today if you are hurting, I hope you find consolation.

And if no one has claimed you as theirs today,

Will you be my Valentine?

Wishing you peace, solace and light on “Love Day,” I remain,

Or they find love letters. Not to them.

Shock, anger, disbelief, more grief. Sick with the discovery of betrayal. Embarrassed at having been deceived.

I already knew about the infidelities, and I found the journals long before he got sick.

He kept one journal just to record his chess games and his thoughts on chess strategy from tournaments he played.

The others were for the others.

When we first met, in the two years we were together before we got married, he wrote poems to me, for me. He refused to save them. Had some artistic, poetical notion of the ephemeral nature of the art, not unlike improvisation, which I was performing when I met him. So I got that. It’s there and it’s gone and you can’t recreate it. I remember only whispers (I first typed that “whishpers.” Ha.)

After we were married, there were poems written for other women. Women he told me about. Women he met in classes he took, or online.

Written in journals he saved.

Twenty years ago, when I confronted him, he raged at me.

Anger at being busted, I suppose. Fear of the consequences, I’m sure.

Once he calmed down and looked at me, he realized he had broken my heart. The heart he loved for its innocence, shown only to him.

Twenty years ago. I looked out the kitchen window of our townhome in a transitional, slowly gentrifying neighborhood and saw him walking home, down the alley.

Bringing me booze (Captain Morgan rum, to be exact – I had never tasted it before. Now, oddly, my cocktail of choice) and a balloon.

Leaving it up to me to decide if he was staying or if he’d go.

But he didn’t stop sleeping with other women, until ten years later, when the then-still-unknown illness must have begun to affect his mind, and he came to believe that one of those other women was stalking him. Remotely. From a continent away.

I asked him why he had married me. He said it was because he could see that I needed to be loved.

Not that he loved me, but that he could see that I needed to be loved.

Which brings me back to the journals.

He asked for a journal to write something to our daughter before he died, but became too weak too fast to write much at all.

But he did write something, if not for me, at least about me. And it revealed that he did love me, after all. That he was grateful for our little family, our home and my care for him.

I have included an excerpt of that journal in the Epilogue to my book, because after everything we went through, everything we put each other through, especially after the Bulgarian, I thought he deserved to have a voice there.

As soon as I am finished transcribing that excerpt, the manuscript will be ready to show to my brothers (as a courtesy) and a few friends.

I know those friends, former colleagues, will be brutally honest with me when I ask if I should just dig a hole in the backyard and bury the book forever, never let it see the light of day, not expose myself that way (or any more that way, since this is whole blog is a kind of exposure) or if there might be a story there, some writing they’d recommend to a friend. Maybe even a good read.

Mike’s final journal, found posthumously, though sparse and at times illegible or incoherent, was still a good read. A very good read.

Because I forgave him long ago and eventually came to understand why he had done what he had done, and all the things I had said and done that made him feel belittled. Toxic in a marriage.

And when I found that journal, I found that he had forgiven me. That even with his increasing delirium, he remembered the earliest, best part of our time together.

That he appreciated the new kitchen.

That he still loved my roundness.

“Round, not pound,” because he knew I’d find it and that I’d need reassurance that he wasn’t referring to my weight.

He never, not once that I can remember, complained about my weight, no matter how big I got.

I’m grateful that he saw me lose weight, a lot of weight, before he died, and saw me looking more like the woman he married before all of it, and after.

And I’m grateful he left those words behind, for me to find.

Words for the innocent heart he loved.

The heart he broke.

And the heart he mended, through the journal his widow found, after he was gone.

Your devoted, broken but healing, struggling but moving forward, 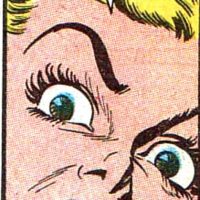